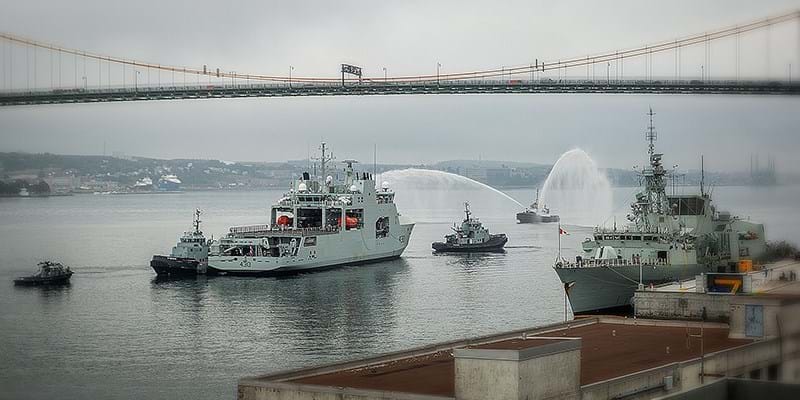 The vessel was moved this morning from Halifax Shipyard to the HMC Halifax Dockyard, where it will be based. An official Acceptance Ceremony was held on the Dockyard NJ Jetty, where ownership of the vessel was signed over to Canada and the Royal Canadian Navy. Mr. Kevin McCoy, President of Irving Shipbuilding, signed on behalf of the 2,000 shipbuilders at Irving Shipbuilding. On the instruction of Vice Admiral Art MacDonald, who signed the Acceptance on behalf of Canada, the ship’s company then marched on board to assume command of the vessel.

The HMCS Harry DeWolf is the first of six Arctic and Offshore Patrol Vessels for the Royal Canadian Navy,